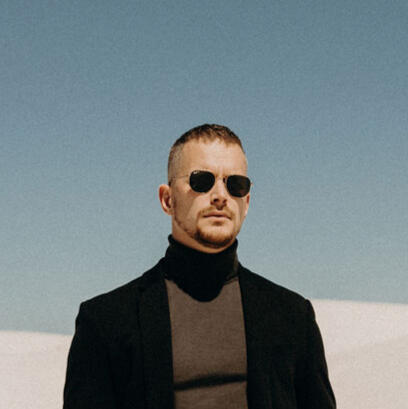 Krakota is a name most drum and bass fans will be familiar with through his steady slew of releases on Hospital Records. Since then he’s released music on DNBA before signing to long-time friend and star of the scene Wilkinson’s new Sleepless Music. Wilkinson heard something in Krakota’s music and quickly moved to help develop his sound.
Over the years he’s found huge support from BBC Radio 1’s Annie Mac, Adele Roberts & Rene Lavice as well as fellow producer/DJ's Andy C, Friction, Sub focus and more.

His skills behind a production desk more than match up with those behind a mixer. Krakota’s mixes dig deep from the crates, whether that’s his 3 deck home studio set-up or out in front of seas of ravers, Krakota is up there with the very best.

With his deeply rooted knowledge he knows how to work a crowd no end. Diversity and flair has has got him invited to play at prestigious festivals like Glastonbury, Let It Roll and Outlook. His name is recognised all over Europe regularly playing out in Prague, Amsterdam and the UK where even the 5AM crowds continue to call for more.